On June 15, 1894, Brooklyn’s Ocean Parkway became the home of the country’s first bike path. Inspired by the grand boulevards of Europe and designed by Frederick Law Olmsted and Calvert Vaux , Ocean Parkway stretches over five miles from Brooklyn’s Prospect Park to Coney Island. 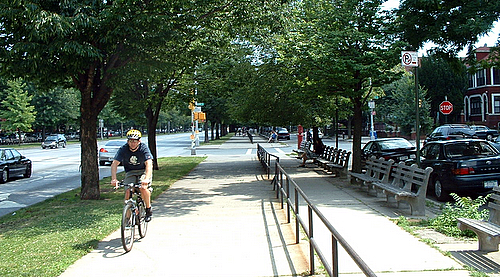 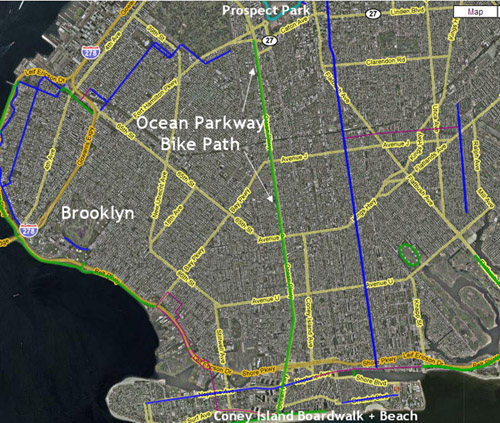 The bike path is on the West side of Ocean Parkway. The path on the East side is reserved for pedestrians. 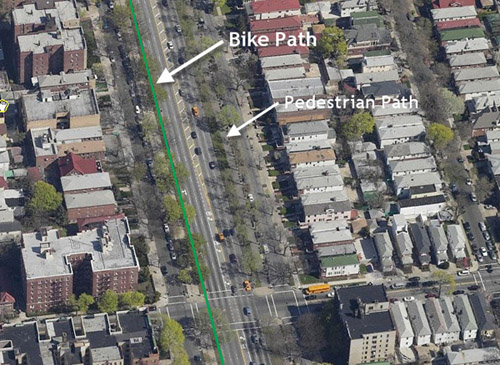 The bike path is separated from cars by a tree-lined median and intersects with cross streets at every block. 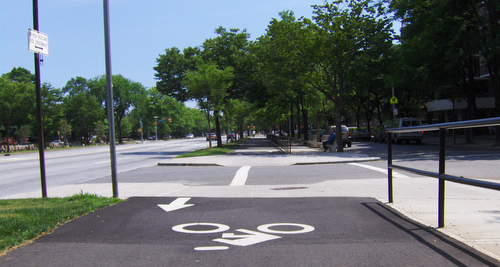 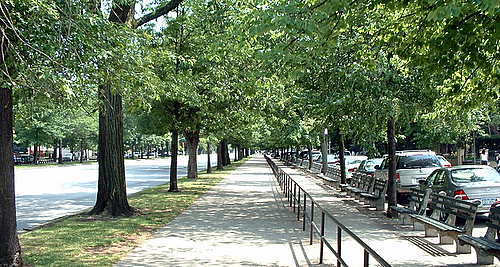