Uh oh, this site has some competition, although we welcome it since anything that makes cycling in New York City better is a good thing for everyone. Ride the City is a new NYC bike routing site that allows you to enter two addresses and it will provide the best route to take by bicycle. Kind of like if NYC Bike Maps merged with Mapquest. Check it out at www.RideTheCity.com 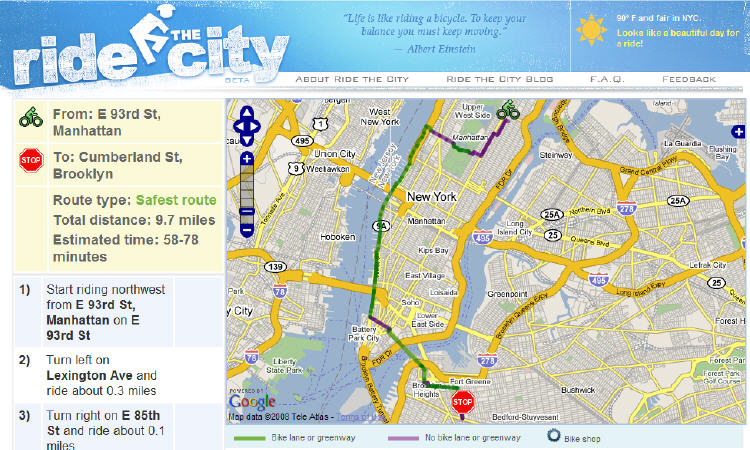 Here’s how it works:

The concept is pretty simple. Just like MapQuest, Google, Microsoft, and other mapping programs, Ride the City finds the shortest distance between two points. But there are two major differences. First, RTC excludes roads that aren’t meant for biking, like the BQE and the Queens Midtown tunnel. Second, RTC tries to locate routes that maximize the use of bike lanes and greenways.